Palm Springs, the hub of Mid-century modern design and architecture, is inundated each spring by design professionals and enthusiasts, all in love with the allure of this desert town, during Modernism Week. And, each year, several signature homes are featured for tours and events. This spring, Green Gables by H3K Design, was one of the highlights.

Green Gables, designed by Palmer & Krisel and built by the Alexander Construction Company in 1958, is a three-bedroom, two-bathroom home that underwent a full renovation by H3K Design. The high gable roofline is a classic example of Mid-century modern design. The home’s expanded master bathroom, restored interior atrium and kitchen pay homage to the house’s Mid-century roots. 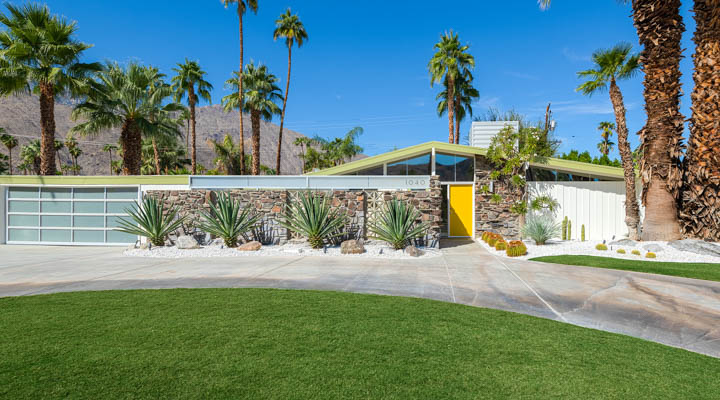 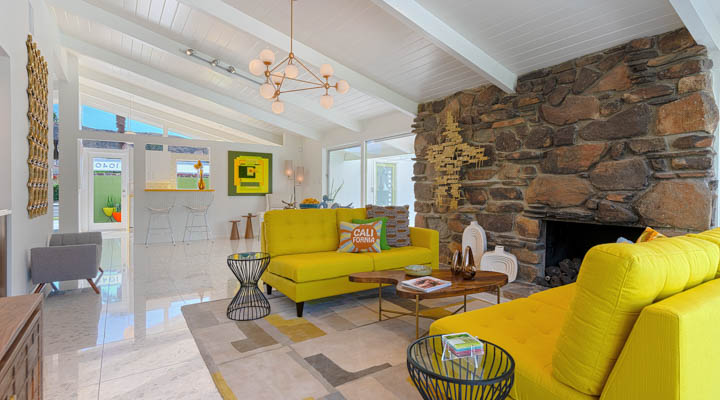 Howard Hawkes and Kevin Kemper of H3K Design purchased the home in 2005. Kemper stated recently in the Modernism Weekly blog, “When we saw the photos online, we instantly fell in love. In fact, we made an offer over the phone without seeing the house in person! We appreciated that the house had been updated mechanically but had not been over-renovated, so it retained many of its original architectural features. Of course, that didn’t mean the house didn’t need renovations or changes. It had been remodeled in 1996 and was given a very Asian theme — certainly not very appropriate for the architecture.” 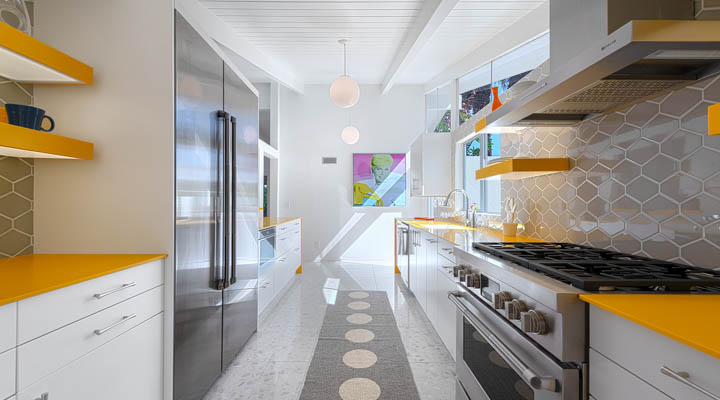 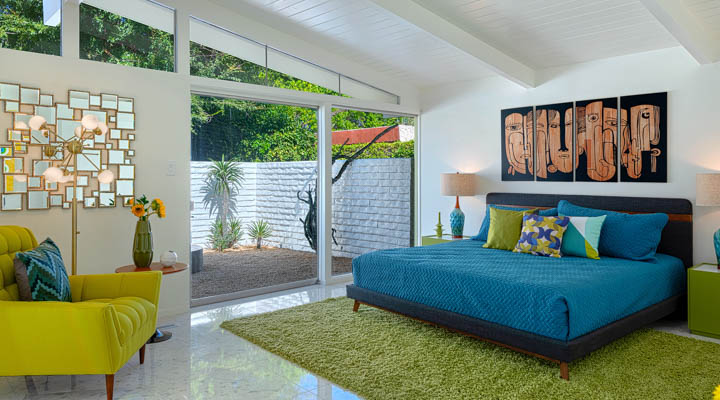 And why did they choose the name Green Gables? “The house is a High Gable Alexander, hence the gable
reference. And the fascia and trim of the house is painted in Dunn-Edwards Stuffed Olive (DE5529) green — a very appropriate color for Palm Springs!” stated Kemper. 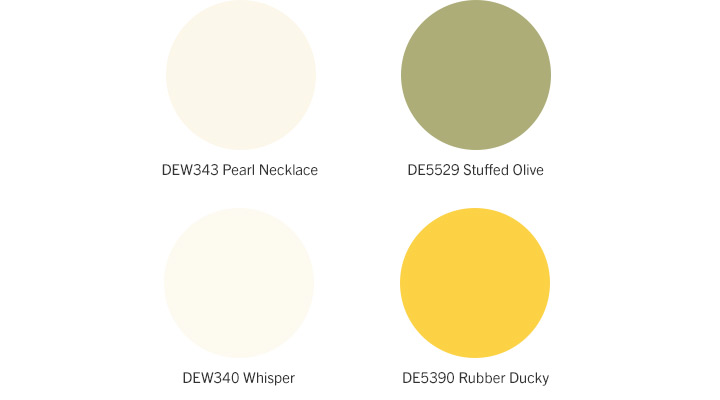 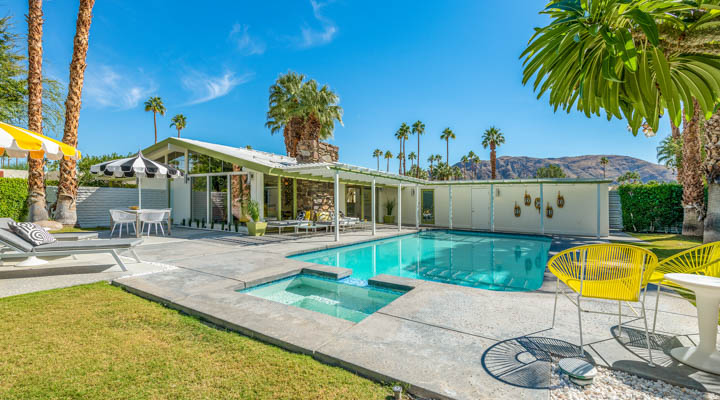 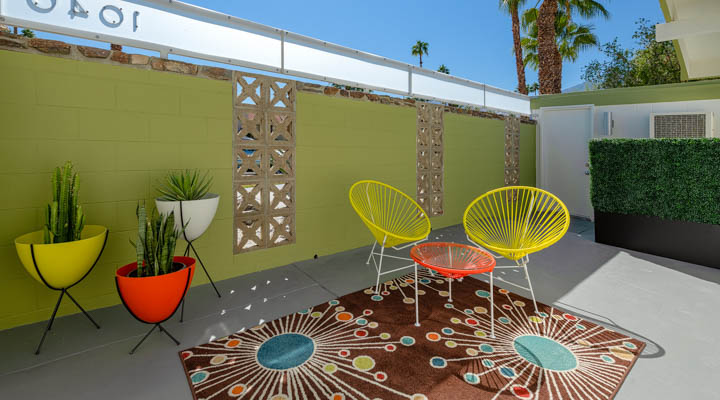 Some of the design highlights throughout the process included bringing back the wet bar, adding windows, repainting the home and adding an atrium in the master bedroom. Kemper stated, “Since purchasing the house in 2005, we have slowly updated and revitalized the house. Our initial update was to bring back the wet bar, as well as add three large windows in the back of the living room. The addition of the windows really transformed the house and created the indoor/outdoor vibe. Painting the house white with green trim was also a huge transformation from the dark red and browns when we moved in. In the most recent transformation, we remodeled the kitchen and baths; but, our favorite update was the creation of an interior atrium in the master bedroom, which was often a feature of many homes in the Twin Palms subdivision. We also enlarged the master bathroom with an over-sized shower area.” 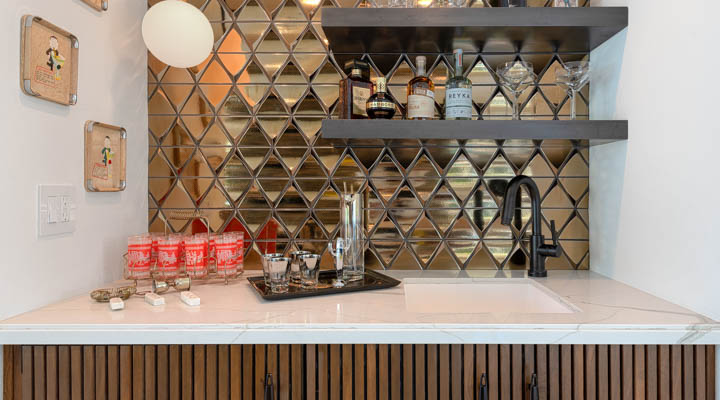 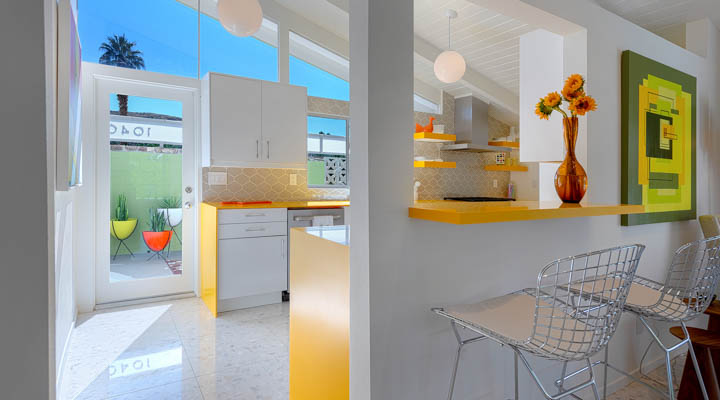 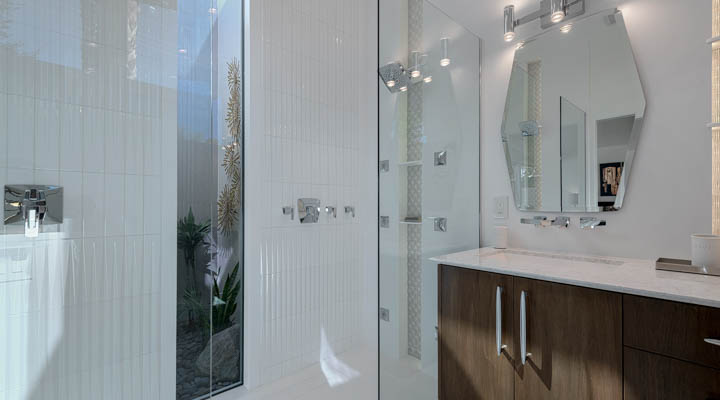 And the biggest challenge to the design process was to remain sensitive to the Mid-century modern architecture while introducing modern conveniences and features. 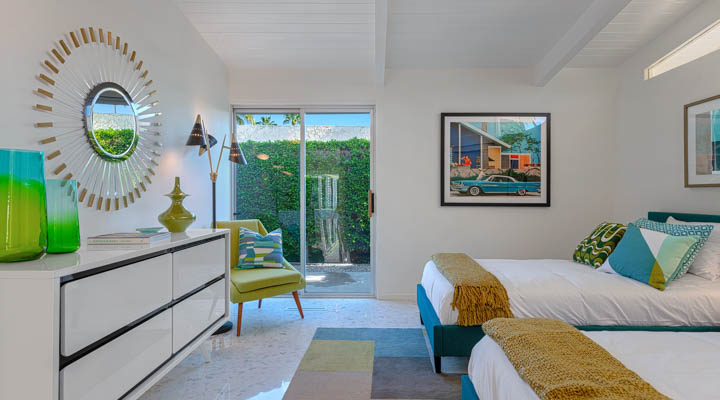 Now that the home is complete and was part of the recent home tours during Modernism Week, what has become the highlight and best feature of this home? “We truly love many of the features of the house and were honored to have William Krisel, the architect, in the house during Alexander Weekend in 2011. One of the things he pointed out and we really appreciate is that the High Gable has one of the more dramatic entries of the Alexanders. When you open the front door and enter, you are walking in at the highest point of the house – making the house feel even more grand than it truly is. We also love the clerestory windows than run the length of both the front and back of the house.” 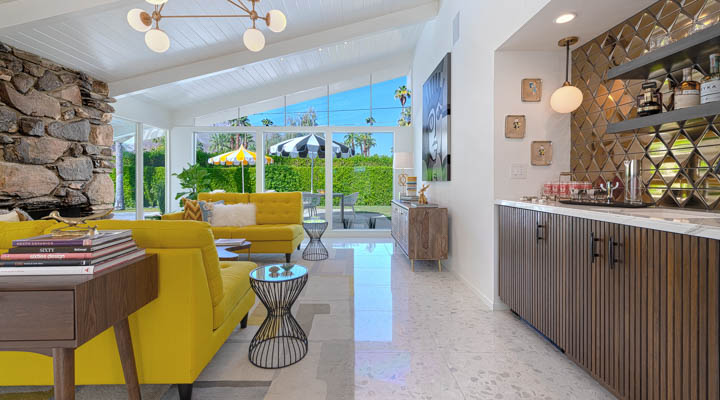 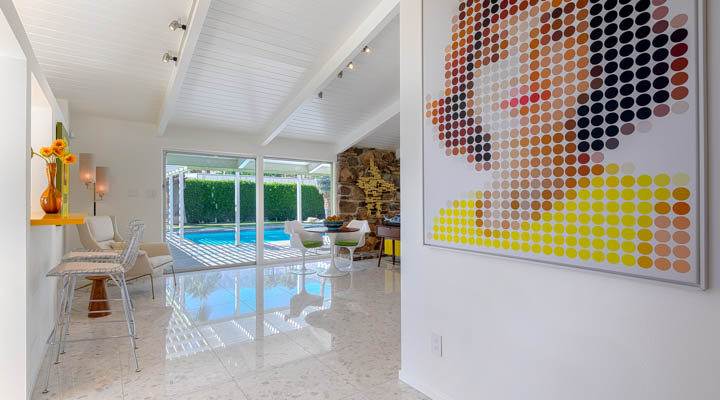 All images with courtesy and permission of H3K Design and Ketchum Photography.