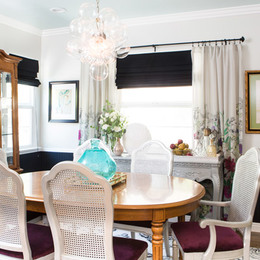 In looking at what’s relevant this fall, Dunn-Edwards color expert and stylist Sara McLean identified that residential design is booming and that it's being approached in two ways — creating peaceful, soothing environments and schemes that enhance positivity and energy, or with design that incorporates dynamic color pops. Here are the trends we’re seeing in dining room refreshes right now. 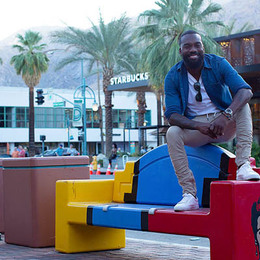 What better way to beautify a city than to start from the ground up, which is exactly what Palm Springs has done with a new public art initiatives. The city, in partnership with the Palm Springs Public Art Commission (PSPAC), invited artist Knight to paint ten benches in his striking colorful pop-art-meets-street-art style. 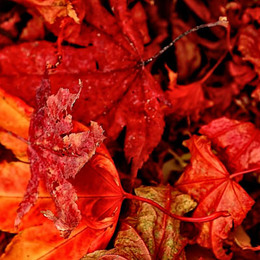 While rich burgundy shades from maroon to oxblood are no strangers to design during this time of year, the style mavens of Who, What, Wear confirm that a major color trend this fall is rich red shades like Dunn-Edwards September Color of the Month Red Maple Leaf (DET443). 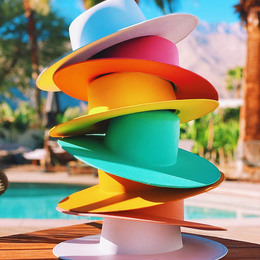 Superbloom, a lifestyle company that produces hats, socks, packs and a number of consumer goods in its trademark ten colors, is imbuing Palm Springs with vibrancy all its own. 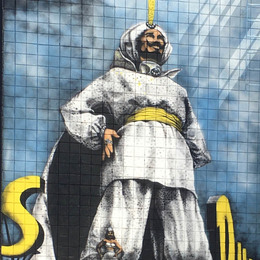 Multi-media artist James Stanford is no stranger to creating art that merges past and present, reality and fantasy. Now he’s brought this talent to another project, one that features prominently in Las Vegas’ ever-transforming landscape — a new large scale mural entitled, “From The Land Beyond Beyond.” 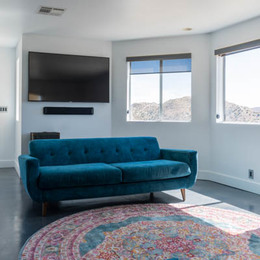 Tom Windeknecht is a man who uses color — and lots of it — in his work. It might come as a surprise then that a man whose work is so colorful chose to repaint his Yucca Valley abode in a neutral tone, using Dunn-Edwards Sugar Swizzle (DEHW07). 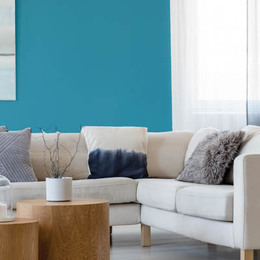 As we highlight our August Color of the Month Water Baby (DE5780), we want to call back to the previously reported fact that blue is a major color trend for 2020. 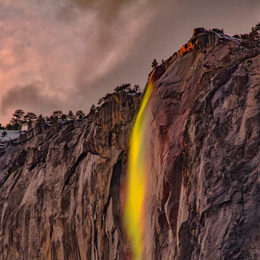 Get Serious Color Inspiration courtesy of these Three National Parks

Each of the parks is unique in its own natural beauty and geologic features and so we wondered, what would color palettes inspired by national parks look like? 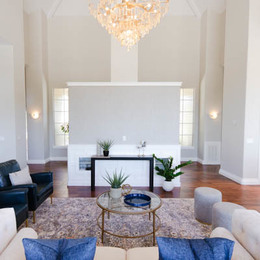 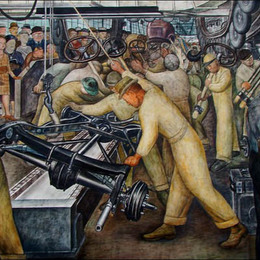 According to Travel + Leisure, there are actually 12 museums across the world offering free virtual tours to the public with the help of Google Arts & Culture. We’ve gathered a few striking pieces of artwork from these notable institutions, drawing inspiration from their color palettes that might give you some ideas for your own spaces.